Home > Planning Your Speech > The Reasons Not to "Wing It"! 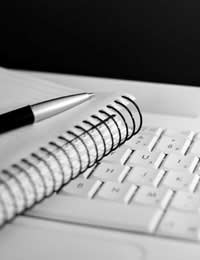 How many public speakers have regretted making that snap decision? Chances are good that the percentage is quite high.

Not preparing for a speech is a disaster waiting to happen for many reasons, including the ones that follow:

You Won't Be As Confident

You may assume that since you know the subject matter "so well" that you'll be able to speak with total confidence, but that rarely occurs. Instead, what usually happens is that you forget little things like facts and figures and are thereby forced to admit to your audience that you can't recall some data that you absolutely should know. It's a very embarrassing position to be in.

If you don't take the time to make certain your handouts, PowerPoint slides, and other visuals are grammatically correct and error-free, you're flirting with catastrophe. Just imagine how terrible it would be to find out that you could have prevented a glaring typo if you had just spent fifteen minutes playing the role of "editor".

Your Speech Could Be Too Short/Long

Without any rehearsal on your part, your one hour speech could quickly become a thirty-minute marathon; alternatively, after an hour and fifteen minutes, you could still be quite a ways from wrapping it up (much to your audience's disgust.) Preparing helps avoid such troubles with the clock.

Without any kind of outline or practice, you may have trouble keeping your focus on the subject matter. Let's face it… many speakers who have prepared sometimes glide off-topic; therefore, it's extremely easy to have this happen if you haven't spent any time prepping at all.

You Could Say Something Offensive

When you take the time to practice out loud in your home (whether alone or with a trusted family member or friend present), you have the opportunity to "weed out" any data or discussion points that could lend themselves to controversy. But without such behind-the-scenes pruning, your speech might easily become thorny.

If you've been hired to give a speech, preparing is the least you can do. After all, if your performance is downright horrid, it's unlikely that you'll be asked to speak again, which could seriously impact your reputation as a speech maker. And your "host" may even dock you monetarily if your talk is truly lacking.

Maybe you've decided to "wing it" because the speech you're giving is one you've given a thousand times before (give or take a few!) Though your feeling that you could say it "in your sleep" is understandable, you still have to take into account your listeners. You see, they have not heard it before and they are expecting you to "sell" your topic to them with enthusiasm. If you come across as boring, they'll remember you as lackluster.

Though it's to be expected for any speaker to get a little stressed about a speech, if you "wing it", you'll be putting yourself under more pressure than need be. Really, do you need to double or triple your anxiety? Of course not!

By taking some time to prepare (even if you're given short notice), your speaking engagement will have a much better chance of being one to remember… rather than one you'd rather forget!
Next Page

Speaking About a Topic You Don't Know Well