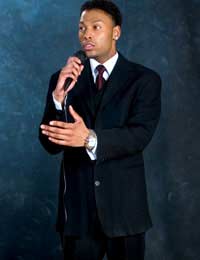 Retirement speeches can be outstanding and inspirational. Unfortunately they can also be dull and rather maudlin.

If you’ve been asked to present at a retirement celebration, be certain to incorporate the following crucial elements into your presentation to make it a smash.

1. Talk about the Retiring Person

This seems like such a simple (not to mention obvious) reminder, but many speech makers spend their talks waxing about something other than the retiree! Usually, this is due to their own inexperience, but it reflects poorly on them and is highly unprofessional.

Unless there is a compelling reason to insert a non-retiree-related anecdote into your presentation, make sure everything you say revolves around the guest of honour.

2. Be Positive and Cheery

Even if you weren’t close to the retiring individual or had a less-than-warm relationship with him or her, avoid saying anything that could be construed as pessimistic. Instead, focus on only the positive aspects of his or her time with the organisation from which he or she is leaving.

Yes, you can talk about rough times that the company or non-profit had and how the retiree weathered the storm bravely and was a true leader or inspiration, but don’t dwell on such topics and always maintain a positive “spin”.

3. Say a Few Words about the Future

Don’t simply focus on the retiree’s past… after all, he or she isn’t deceased!

Often, retiring individuals have a great deal of trepidation about what their futures will be like. They aren’t certain what they’ll do now that they have a large chunk of time on their hands.

So it will be beneficial if you can optimistically discuss the future and the wonderful experiences and adventures it will hold.

4. Insert Anecdotes about the Retiree

Retirement speeches should be chock-full of anecdotes about the retiring individual. If you don’t have any personal ones related to the retiree, you’ll need to interview some of his or her closest colleagues and possibly even friends or family members.

That way, you’ll be able to interweave very poignant, personal elements into your speech.

5. Don’t Act As If the Retiree Isn’t Present

It’s entirely appropriate to refer to the retiring person by addressing him or her directly during the course of your speech. Not doing so will seem rather rude, a tad odd, and perhaps even insincere. It will also make him or her wonder, “Does this man/woman really care about me? Will I even be missed?”

You can also make the retiring person part of the speech (if appropriate), such as asking him or her questions during the course of your talk. (“Joe—are you going to live on the golf course now?” or “Amy, if your grandchildren weren’t spoiled before, they certainly will be now! Lucky tots!”)

Finally, don’t forget to wish the retiring person a happy, fulfilling time post-retirement. After all, he or she deserves the well-wishes!

You don’t have to be syrupy sweet, but don’t overlook this critical element of your speech. Again, even if you don’t personally care for the individual or did not know him or her well, it doesn’t matter. Simply offer positive hopes for the future and end your speech on a high note.