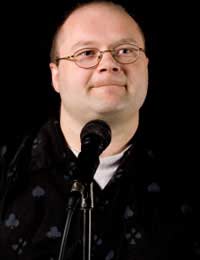 No one wants to deal with difficult audience members. After all, public speaking is challenging enough for most individuals without adding rude listeners to the mix.

That being noted, hecklers, loudmouths, know-it-alls, and all-around irritating individuals abound. Consequently, you’re likely to have to handle their presences at some point.

Even if you’re simply giving a five-minute speech at a wedding or birthday party, you may find yourself face-to-face with one of the difficult audience members below. Luckily, you will have read here how to deal with them promptly and efficiently!

Loud-Mouth Lucy: This gal won’t stop talking. Every time you make a point, she has to reiterate it to her friends or to you, adding her own twist.

How to Respond: Obviously, when you realise Lucy isn’t going to behave, you’ll need to do something. One trick is to ask her to hold her comments until the end of your speech. Another (though more radical) idea is to ask HER to give the speech in your place.

Say directly to Lucy: “Since you obviously want to talk, why don’t you give this section of the presentation for me?” Then, sit down in a chair on stage or in the audience. Lucy will be embarrassed and perhaps angry, but it’s unlikely that she’ll go to the podium. (And if she does, she’s an awfully good sport.) Your audience will appreciate your creative way of stopping her in her tracks. And even if it doesn’t work, you’ll appear as a very professional and imaginative speech maker.

Hecklin’ Harry: Every time you make a statement, Harry argues with you. You say the sky is blue, Harry yells, “Look out the window! It’s grey today!”

How to Respond: Comics have long dealt with hecklers by reversing the tables on them, essentially turning the hecklers into the target of the joke. However, if you’re not comfortable with improvised humour, you’ll need to come up with a different way of responding to Harry. Because Harry wants to fire you up, the worst thing you can do is become angry.

One very quick way to make Harry stop talking is to become deathly silent. Just stare at him or her. Don’t say a word. At first, he will continue, but he will eventually grow more and more irate because you’re not “biting”.

This passive confrontation will make the audience uncomfortable, but they’ll be glad that you’re taking a stand. (And, let’s face it, they were probably uncomfortable to begin with.) Most of the time, the heckler will leave or be asked to leave by seatmates and you can return to your speech sans Harry.

One hint, though – allow for a neutral expression during this entire experience. Don’t show any emotions. It’s very powerful.

Negative Nellie: Nothing is positive in Nellie’s world, and no matter what you say, she’ll come back with a “down” response.

How to Respond: Surprisingly, Nellie isn’t the worst of difficult audience members, though she does have the potential to bring others down to her level.

The key to dealing with Nellie is to use the audience to help you.

As soon as she starts moaning and groaning, ask her fellow listeners, “Does anyone have some ideas for Nellie? I think she needs our help!” Nellie will not enjoy being on the spot, but the audience members will love giving her their own thoughts on her “troubles”. It’s a fast way to deal with this challenging individual. And the audience will like being able to come to your rescue in a laid-back way.

Sleeping Samuel: You hear a snore from the front row. Sam’s sleeping again. And you just started your presentation. It wouldn’t be so bad, but there are only twelve people in the room.

How to Respond: First of all, this is the height of rudeness and should not be tolerated under any circumstances. Sure, Sam might not have gotten much sleep the night before, but that’s not your problem.

As you did with Hecklin’ Harry, it can be highly effective to simply stop talking, turn your attention to Sam, and wait in silence. Eventually, if Sam doesn’t naturally awaken, someone is likely to give him a shove.

At this point, Sam will probably utter an excuse and apology. But if he falls asleep again, you may want to take a quick break and ask him to pay attention or leave the discussion. You might not feel comfortable doing so; however, it’s much better than having Sam’s snores become the highlight of your speech.